As every good Cultist knows, the default Blood demos have to be renamed(or deleted) in order to enable the playback of user recorded demo files. This is unintuitive and aggravating. Even worse, Blood loses the ability to play the introduction demo once user recorded demos are enabled. I got mad at this half-baked demo support, so I created Spill Some to fix it. And do a few other things, too.

Spill Some will enable the playback of user recorded demo files by automatically renaming the default demos so you don't have to. But that's not all!

When used as a launcher for Blood or Cryptic Passage, you can specify an introduction demo to play every time Blood/Cryptic Passage launches. No more boring static screen. With Spill Some you can enable user recorded demo playback WITHOUT disabling the intro demo, the way it should be! And you can set the intro demo to any demo you want, easily.

Spill Some can take the place of blood.exe and cryptic.exe using the -mime argument(-unmime to undo it). By standing in for the original executables, Spill becomes easier to use(it can be run by entering blood.exe or cryptic.exe instead of spill.exe for Blood or spill.exe -c for Cryptic Passage) AND it becomes compatible with all Blood mods.

As an extra bonus, Spill Some also enables the playback of CD music rips under Dosbox.

Run spill.exe with the argument -help for all the commands and more info
Rating:
- (0 ratings)
Rate now:
Login or register to rate files
Download 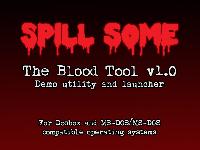 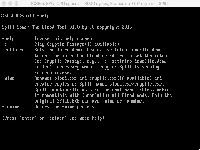